Meet the man behind the art! 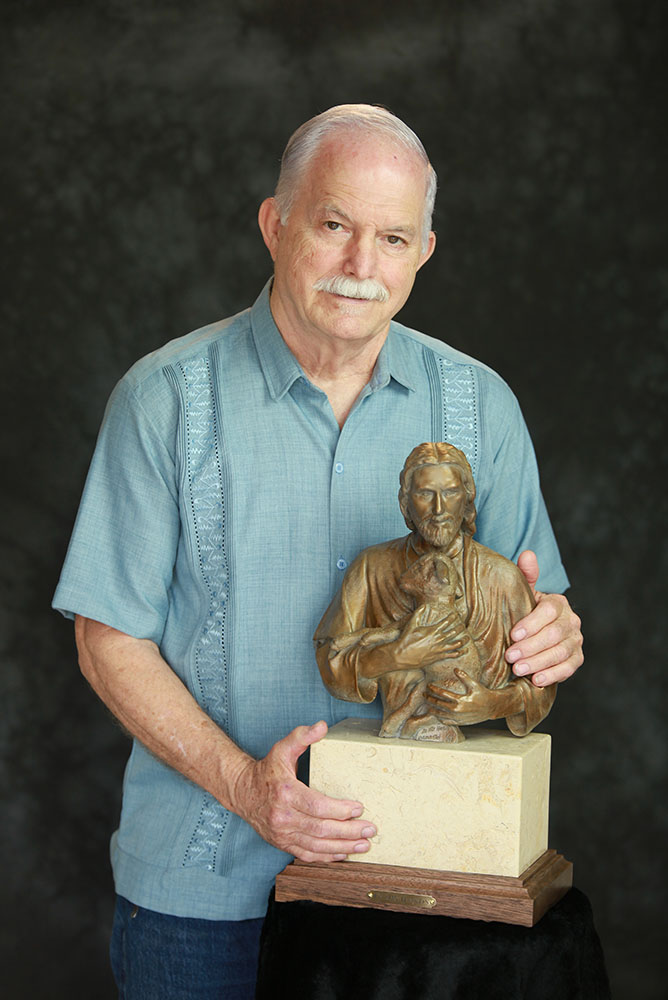 Through my walk in this life as well as in my sculpting, the primary driving force and focus of my life is my personal relationship and faith in my Lord Jesus Christ. I was born in a far southwestern New Mexico near a border town called Lordsburg, in a vastly different era (1951) from now. I grew up having lived in nearly every town in the south central area of New Mexico. I had an early love of drawing and it occupied much of my leisure time. I have had little formal training in the field of art but have, throughout my life, maintained a strong tie and a steady application of the artistic skills that God has given me.

I moved to central Texas in 1974. I have lived in Austin, New Braunfels, and San Antonio with a 5 year stint in upstate NY before returning to San Antonio. I began sculpting in 1977, concentrating at first on a western theme and followed that until 1992 when I completed the first of the Christian themed sculptures, “Sanctuary”. I have been sculpting in that vein up until now. I look forward to the future that God is bringing me into with my wife, my family, my church and with all who would find the artwork to be uplifting and inspiring.